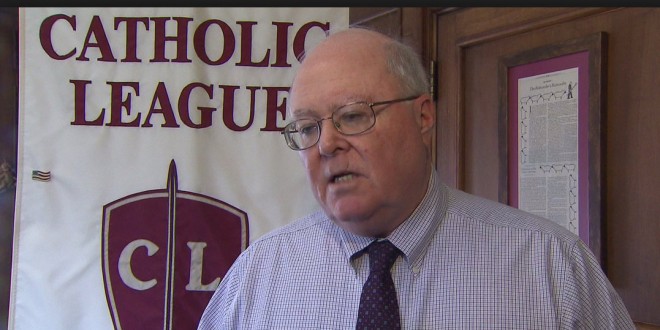 The Catholic League today announced the next step in their “campaign to kill” ABC’s The Real O’Neals. Via press release:

Today, we are contacting the eleven members of the Disney board of directors asking them to use their influence in cancelling the ABC show, “The Real O’Neals” (ABC is owned by Disney).

The show is based on a virulent anti-Catholic, Dan Savage (he is also an e xecutive producer), and it stars another raging bigot, Martha Plimpton. No television show should ever be centered on producers and actors known for harboring an animus against any demographic group.

Now is the time to kill the show. Last week’s episode drew only 3.75 million viewers, down from 3.82 the week before (the CBS and NBC shows that are in competition with it both drew well over 10 million viewers last week).

We are contacting all of the members of the Disney board; we are asking that you contact the President and CEO, Robert A. Iger. Tomorrow, we will appeal to the show’s sponsors, asking those of you who receive our news releases to contact one sponsor a day, until the list is exhausted.

Gosh, tomorrow’s action kinda sounds like the “economic blackmail” that Tony Perkins has been screaming about in North Carolina.