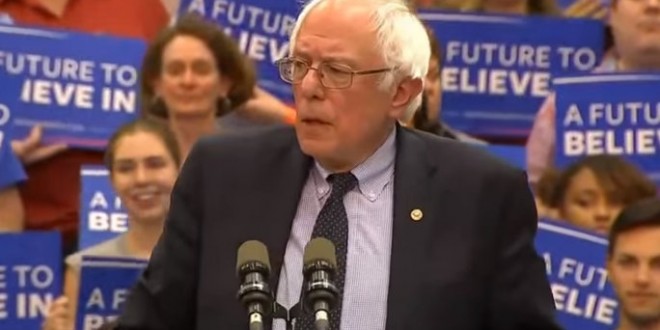 Democrats have a message for Bernie Sanders: Shut it down before the July national convention in Philadelphia. That’s according to The POLITICO Caucus — a panel of activists, strategists and operatives in 10 key battleground states — who worried a protracted post-primary clash for the nomination could hurt Hillary Clinton, the party’s likely nominee, in their states in the general election.

Half of Democratic insiders said Sanders, who trails in the delegate race by a wide margin, should end his campaign before the final primary on June 14 in the District of Columbia. Another 39 percent said the Vermont senator should continue campaigning through the D.C. primary, but end his campaign immediately after if he trails Clinton in pledged delegates — which is likely given Sanders’ current deficit of 277 pledged delegates after Clinton’s resounding victory in New York this week.

Only 1 in 10 Democratic insiders said Sanders should try to woo superdelegates to help him overtake Clinton on the convention floor in Philadelphia if he finishes the primary season trailing in pledged delegates, as campaign manager Jeff Weaver suggested Tuesday night in a televised interview.

Sanders has not yet reacted to the Politico story. His most recent tweet is below.

Public college and university education in America must be tuition-free. We could do it 50 years ago, why the hell can’t we do it today?