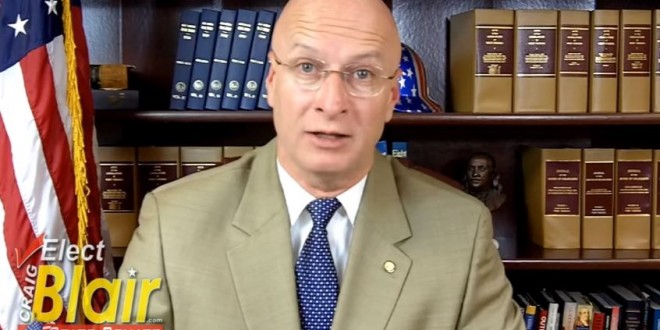 A Republican lawmaker introduced a resolution on Saturday to amend the state Constitution to prevent cities and towns from enacting nondiscrimination ordinances that extend protections to the LGBT community.

Sen. Craig Blair, the Majority Whip, introduced Senate Joint Resolution 13, which would prohibit a city or town from adopting any ordinance that creates a protected classification not contained in state law.

Blair said he introduced the resolution so that companies doing business in West Virginia would be subject to the same nondiscrimination laws.

He represents Berkeley County, where Martinsburg became the eighth municipality in West Virginia to enact an LGBT-inclusive nondiscrimination ordinance earlier this month.

Blair says that he’s “astounded” that the bill would be perceived as anti-LGBT. (Tipped by JMG reader Michael)

Previous REPORT: Hitler Had A Micropenis And One Testicle
Next Ben Shapiro Dares University To Arrest Him After Being Uninvited From Making Anti-Diversity Speech