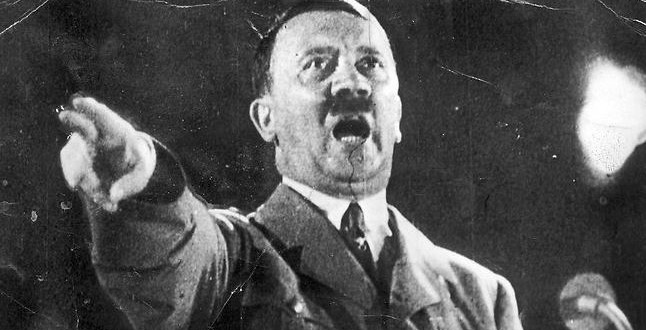 REPORT: Hitler Had A Micropenis And One Testicle

It has long been suspected that Hitler’s conquest of Europe was an attempt to compensate for a lack of potency elsewhere. But the notorious playground rhyme about his testicles appears to have only told half the story, as a book claims the leader of the Third Reich had a micropenis.

Hitler suffered from a condition called hypospadias which left him with an abnormally small manhood, according to historians Jonathan Mayo and Emma Craigie. In their book Hitler’s Last Day: Minute by Minute, they say they have uncovered medical records which confirm the Fuhrer’s embarrassing deformity.

The condition is so severe that sufferers have to urinate from a hole at the base of the shaft, instead of the tip. It comes just two months after a German historian said he had found proof that Hitler really did have one testicle, as per the famous 1939 playground ditty.

“Hitler himself is believed to have had two forms of genital abnormality: an undescended testicle and a rare condition called penile hypospadias in which the urethra opens on the under side of the penis,” Mr Mayo and Ms Craigie wrote.