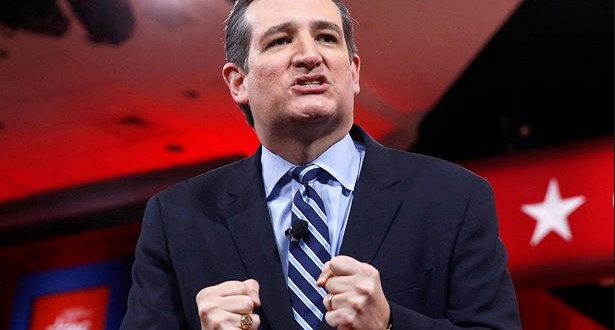 Ted Cruz: With Help From Hate Groups, Obergefell “Will Not Stand” When I’m President [AUDIO]

“I believe that decision was fundamentally illegitimate, it was lawless, it was unconstitutional and it will not stand. And I would note, that is precisely why Dr. James Dobson has endorsed me in this campaign, it is why Tony Perkins of the Family Research Council has endorsed me in this campaign, it’s why the National Organization on Marriage [sic] has endorsed me on this campaign and has said it cannot support Donald Trump or Marco Rubio because if we’re not willing to defend marriage, we are giving up the foundational building blocks of the family, we’re giving up the Judeo-Christian values that built this great nation.” – Ted Cruz, speaking yesterday on the radio show of anti-LGBT activist Janet Mefferd.