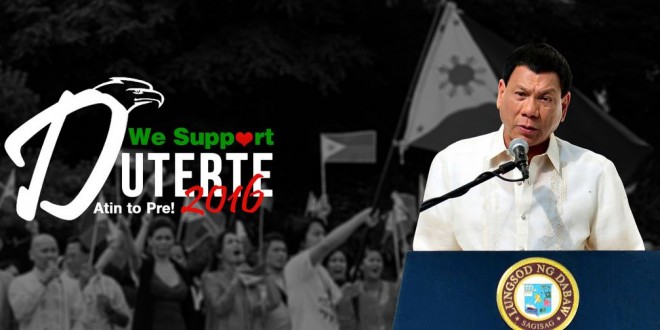 We know somebody who’ll be VERY unhappy about this. CNN Philippines reports:

Should he win the national elections, presidential candidate Rodrigo “Rody” Duterte said he would consider legalizing same-sex marriage if a proposal is presented to him. “If it reaches me in whatever capacity, I’ll consider it,” Duterte said on Thursday (February 18).

The Davao City mayor said the law mandates that marriage is between man and woman. Duterte, who stressed he is against harrassment and bigotry, also believes members of the LGBT (lesbian, gay, bisexual, and transgender) community should be welcome to join the military.

The election is May 9th. It’s unclear how a same-sex marriage bill might fare in the Filipino Congress. The Liberal Party bloc does hold a substantial majority in the Filipino House, although Duterte’s PDP-Laban Party holds no seats there and only one seat in the Filipino Senate.

No Asian country has yet legalized same-sex marriage, although things have recently looked promising in Taiwan, Thailand, and Vietnam.

Previous Pope Francis: Trump Is Not A Christian [VIDEO]
Next Ted Cruz: With Help From Hate Groups, Obergefell “Will Not Stand” When I’m President [AUDIO]