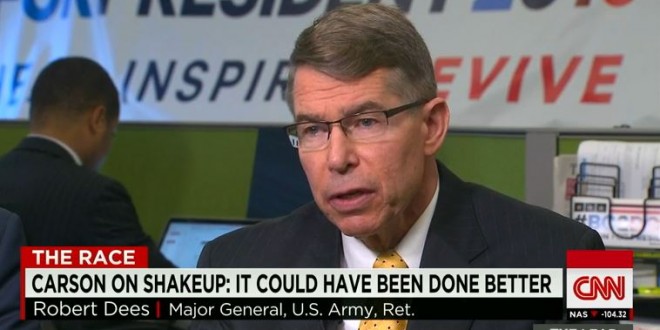 Carson is debuting his “reinvigorated” campaign after a holiday shakeup that included the departure of a handful of top advisers and new leadership, including the recently promoted Dees, who sat down with Carson for an interview Monday with CNN’s Jake Tapper at his Alexandria campaign headquarters.

The retired Army major general has in the past been outspoken about the nation’s military, blasting “social engineering” he contends is degrading the national defense.

Under President Barack Obama, the military has allowed gays and lesbians to openly serve in the military and opened up all combat positions to women — who were previously banned from serving in certain roles.

Below is audio of Dees’ comments at the FRC’s 2015 Values Voter Summit.