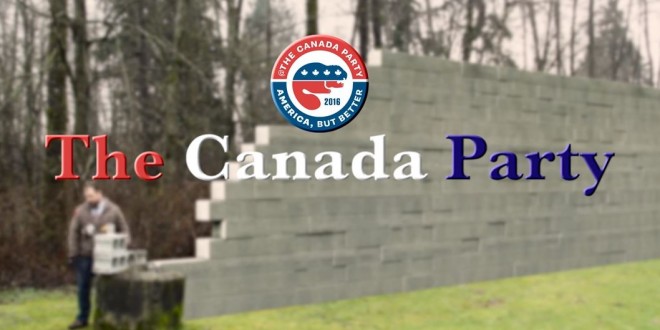 From the platform of the Canada Party:

Nearly half of Americans feel that marriage must solely comprise a man and a woman, no matter how gay one or both of them actually are. The cornerstone of the anti-gay-marriage argument is that sexual promiscuity among gays will destroy traditional marriage. Somehow, through a mathematical formula we have yet to grasp, this means the best way to stop gays from having multiple sexual partners is to deny them the one institution that would prevent them from having multiple sexual partners. We accept that there are plenty of things about America that Canadians will simply never be able to grasp, so in an attempt to be fair to the type of people who think you shouldn’t be allowed to eat cake because they are on a diet, we propose that America allow one gay couple to marry for every straight couple that gets divorced.