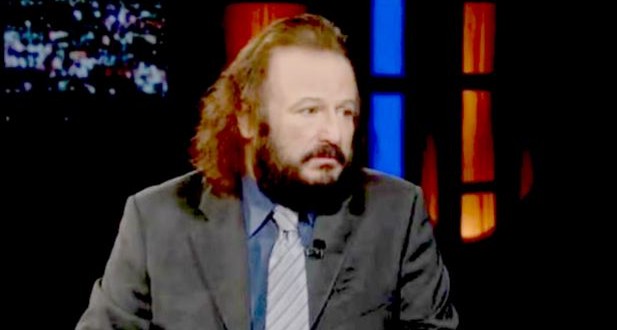 AIDS ain’t over, and neither is the effort to find money and fame by charlatans promising a cure. Friday night, controversial libertarian Bill Maher gave a primetime spot on his HBO show Real Time with Bill Maher to an Australian doctor who claims he successfully treated HIV-positive actor Charlie Sheen through an alternative therapy.

Maher invited Samir Chachoua to the show after seeing him on a controversial segment of The Dr. Oz Show. Sheen claimed he had given up his conventional HIV medications to try Chachoua’s “Induced Remission Therapy” treatments, which he told Maher had been applauded by Cedars Sinai and the medical establishment in the mid-’90s, then “buried.” To prove his point, Chachoua, who practices in Mexico and does not have an American medical license, injected himself with Sheen’s blood on the Oz show, noting that he has been vaccinated with IRT. Maher said he thought “that’s confidence.”

Chachoua claims IRT attacks HIV and cancer at the genetic level with an extract from goat’s milk. Maher did ask Chachoua why Sheen returned to his conventional HIV treatment if he was indeed cured, but Chachoua danced away from an answer and Maher didn’t follow up.

Noted HIV/AIDS activist Peter Staley: “Shame on HBO for destroying their decades long record building AIDS awareness by letting Bill Maher claim he found the cure. You’ve spit on dozens of AIDS activists and hundreds of AIDS researchers who are working hard towards that goal.”

Gay City News reporter Duncan Osbourne has some details about a lawsuit filed against this quack:

David Nieto was diagnosed with lung cancer in April of 2006 and it appears to have metastasized at that point. Nieto was contacted by Chachoua and colleagues in May. He paid $603,000 Chachoua for “Induced Remission Therapy,” which obviously didn’t work.

In August of 2006, Nieto signed a contract that obligated him to pay $6.5 million for “Omega Therapy,” which was supposedly some sort of individualized therapy that was developed in China. The contract also required Nieto to pay $15 million for future research into “Omega Therapy.” Nieto received his first “Omega Therapy” treatment in August 2006.

Nieto traveled to Michigan on October 16, 2006 for further “Omega Therapy” treatment by one of Chachoua’s co-defendants. Nieto died on October 17, 2006. The estate is claiming that the defendants took advantage of a very sick man and that the purported therapies contributed to his death.

And more from Peter Staley:

The $10 million case that “Doctor” Sam Chachoua claims he won from L.A.’s Cedars-Sinai Medical Center was another lie he told to Bill Maher. The court immediately reduced the “breach of contract” damages to $11,250 (in 2001). Cedars then successfully sued for recovery of their own court costs, in excess of that amount, and Chachoua started missing court dates after that. His own lawyer quit the case at that point. Cedars never paid him a dime.