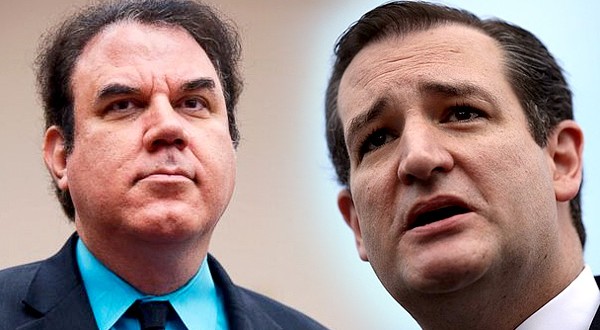 Florida Congressman Alan Grayson told radio host Alan Colmes Wednesday that if Ted Cruz is elected president, he “will file that beautiful lawsuit saying that he’s unqualified for the job” according to the Constitution. “It’s not ‘The Biggest Loser’ that they’re choosing, it’s ‘The Biggest Bigot,’” Grayson said challenging Colmes to show him one candidate “who represents the exception here.” “In a sense, I guess, Cruz is not technically that way — because technically he’s not even an American,” Grayson added.

“The Constitution says natural born Americans,” Grayson said. “So now we’re counting Canadians as natural born Americans? How does that work? I’m waiting for the moment that he gets the nomination and then I will file that beautiful lawsuit saying that he’s unqualified for the job because he’s ineligible,” he continued. “Call me crazy but I think the President of America should be an American.”

Grayson is running for the US Senate seat to be vacated by Marco Rubio. Audio of the Colmes appearance is at the link.