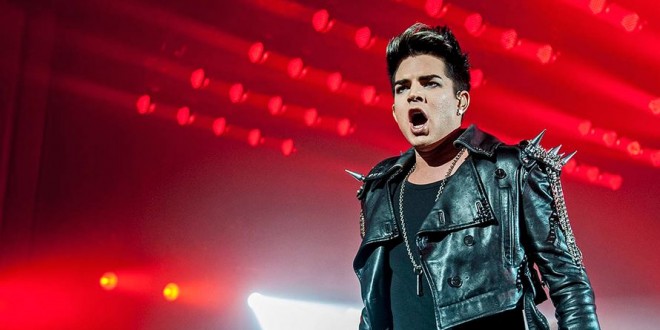 Over 12,000 Singaporeans have signed a petition calling for the cancellation of Adam Lambert’s scheduled New Year’s Eve concert because of his support for LGBT rights and his “highly sexualized” performance style. From the petition:

Adam Lambert is hardly the kind of performer to send off our historic Jubilee Year or to usher in the New Year. His track record displays a flagrant disregard for the sensitivities of his audience – including whether or not children are watching. Singaporeans can enjoy a good show without their consciences being affronted by lewd acts in the name of entertainment. In addition, a simple online search would reveal that he is well-known for his active promotion of a highly sexualized lifestyle and LGBT rights, both of which are contrary to mainstream Singaporean values.

Countdown 2016 is our annual iconic, public event for Singaporeans to come together to celebrate New Year’s Eve, as one. Allowing Adam Lambert to perform as the star of Countdown 2016 shows disregard for the values of a majority of family-centric Singaporeans who have consistently resisted the promotion of western liberal ideas about family values and societal models.

As parents and influencers of our young, we ask that extreme caution be exercised in selecting performers for the event. Adam Lambert is an inappropriate choice and reflects a lack of judgment that could turn an otherwise dignified family-friendly event into a situation that is offensive and potentially divisive.

There are about 7000 mostly anti-Lambert comments at the petition link.