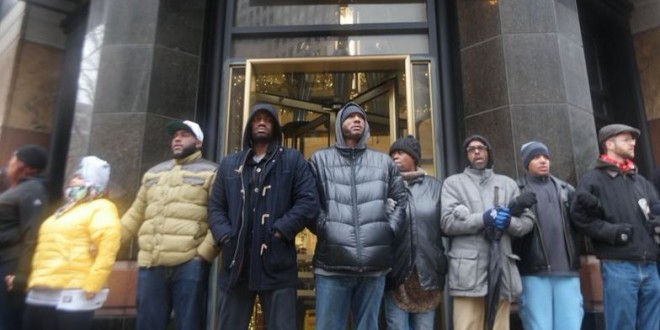 Protesters are blockading the storefronts of major retailers on Chicago’s Magnificent Mile at this writing in protest of the murder of a black teen by a white police officer, who has since been charged with murder. The Chicago Tribune is live-blogging from the scene. Hit this link for photos and video from the ongoing protest.