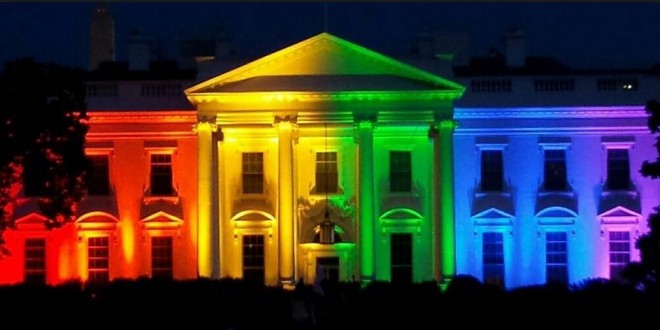 The White House endorsed legislation Tuesday that would amend the 1964 Civil Rights Act to ban discrimination on the basis of sexual orientation or gender identity, plunging into the next front in the national battle over LGBT rights. Speaking to reporters, White House Press Secretary Josh Earnest said the administration “has been reviewing for several weeks” the bill. “It is now clear that the administration strongly supports the equality act,” he said, adding it would advance the civil rights of “millions of Americans.”

Earnest added the White House would “work to ensure that the legislative process produces something that balances “the bedrock principles of civil rights with the religious liberty that we hold dear in this country.” Although there is little chance that this Congress will approve the legislation — which was introduced in July by Democratic Sens. Jeff Merkley (Ore.), Tammy Baldwin (Wis.) and Cory Booker (N.J.) — President Obama’s support elevates to greater prominence the question of whether lesbian, gay, bisexual and transgender Americans need greater legal safeguards.

The unfortunate reality is that, while LGBT Americans can legally get married, millions remain at risk of being fired or denied services for who they are or who they love because the majority of states still lack explicit, comprehensive non-discrimination protections,” said HRC President Chad Griffin. “By endorsing the Equality Act, the White House sent a strong message that it’s time to put the politics of discrimination behind us once and for all. Now it’s time for Congress to act. Everyone should be able to live free from fear of discrimination and have a fair chance to earn a living and provide for their families, including people who are lesbian, gay, bisexual, and transgender.”

Note that today’s move comes on the same day that President Obama’s Out Magazine “Ally Of The Year” cover story was issued.