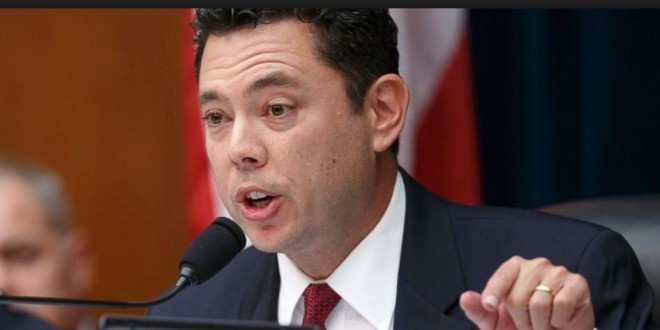 One of the first things Rep. Jason Chaffetz (R-UT) did after being elected was to introduce a House bill that would have overturned same-sex marriage in Washington DC. Now he wants John Boehner’s job. The Hill reports:

The Utah Republican’s late entry into the race to replace outgoing Speaker John Boehner (R-Ohio) has changed the dynamic of the contest. Before Chaffetz jumped in, Majority Leader Kevin McCarthy (R-Calif.) was the heavy favorite against longshot candidate Rep. Daniel Webster (R-Fla). Now it’s a three-way battle, and Chaffetz — the chairman of the House Oversight panel — is considered a much more formidable challenger than Webster. McCarthy remains the favorite and has been rounding up support over the last week. But Chaffetz backers sense that House Republicans are yearning for a fresh face who isn’t a senior member of the leadership team. Chaffetz’s pitch to his colleagues will note that he had to defeat the GOP establishment to get to Congress in 2008 — by trouncing then-Rep. Chris Cannon, a six-term incumbent who was backed by then-President George W. Bush.

McCarthy has been under fire all week for letting it slip that the Benghazi investigation is meant to damage Hillary Clinton’s presidential ambitions.

Previous TENNESSEE: Blount County Commission To Ask God Not To Murder Them Over Same-Sex Marriage
Next Lady Gaga – I Want Your Love