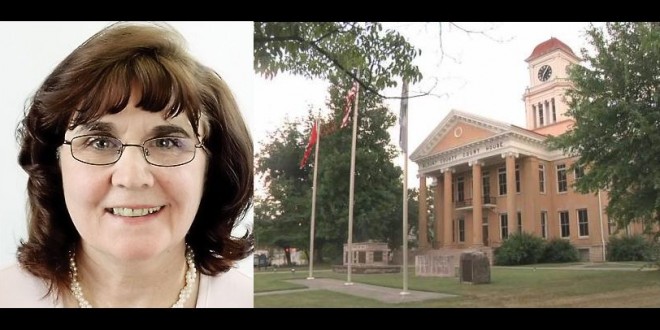 TENNESSEE: Blount County Commission To Ask God Not To Murder Them Over Same-Sex Marriage

On Tuesday the county commissioners of Blount County, Tennessee will vote on a resolution which asks God to “pass us by” during “His Coming Wrath” when he righteously kills the fuck out of the rest of America over gay marriage. The resolution is authored by Commissioner Karen Miller, who quite logically cites Sodom and Gomorrah. An excerpt:

With a firm reliance upon the providence of Almighty God WE the BLOUNT COUNTY LEGISLATURE call upon all of the Officers of the State of Tennessee, the Governor, the Attorney General, and the members of the Tennessee Legislature, to join US, and utilize all authority within their power to protect Natural Marriage, from lawless court opinions, AND THE financial schemes of the enemies of righteousness wherever the source AND defend the Moral Standards of Tennessee.

WE adopt this Resolution before God that He pass us by in His Coming Wrath and not destroy our County as He did Sodom and Gomorrah and the neighboring cities. As the Passover Lamb was a means of salvation to the ancient Children of Israel, so we stand upon the safety of the Lamb of God to save us. WE adopt this Resolution begging His favor in light of the fact that we have been forced to comply and recognize that the State of Tennessee, like so many other God-fearing States, MAY have fallen prey to a lawless judiciary in legalizing what God and the Bible expressly forbids.

Blount County has a population of 123,000 and is near Knoxville. (Tipped by JMG reader Michael)