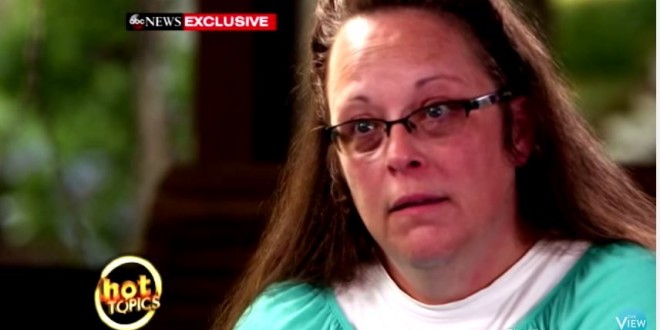 Kim Davis: If I Had A Gay Child, He Wouldn’t Get A Marriage License From Me [VIDEO]

ABC News is spreading their Kim Davis interview across several shows, starting with GMA this morning, then The View, with more to come tonight on Nightline. A few days ago Mat Staver twice outrageously claimed that somebody on The View had called for Davis to be killed, but sadly they did not address that lie today. According to ABC reporter Paula Faris, Davis says she would even deny a marriage license to a gay child or grandchild.