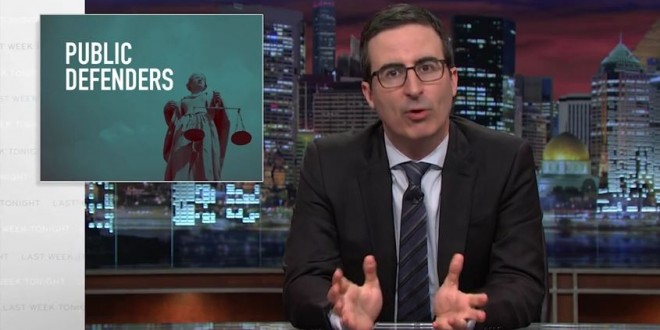 “Last Week Tonight” — with the help of some popular crime show actors — presented a new Miranda rights speech Sunday night to include important qualifiers about public defenders. “Fifty years after the Supreme Court gave everyone the fundamental right to an attorney, even if you can’t afford one, we now have a system where the most vulnerable people are potentially being charged for access to a hideously broken system,” host John Oliver said. “And we either need to fix that or at the very least update the Miranda warning in our cop shows to reflect reality.” The rewritten speech included cameos from “Law & Order: Special Victims Unit” actor Danny Pino as well as other well-known TV cops Regina King, Jeremy Sisto, Robert Burke, Josh Lucas, Kevin Chapman, Sonja Sohn and Dennis Quaid.