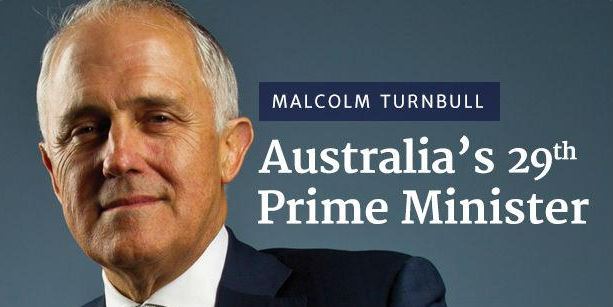 Malcolm Turnbull will become Australia’s 29th prime minister after beating Tony Abbott in a dramatic leadership ballot in Canberra on Monday night. Mr Turnbull’s victory is reminiscent of the coup former prime minister Julia Gillard staged against Kevin Rudd in 2010 and makes the former communications minister Australia’s fifth prime minister in just over five years. Liberal MPs gathered at Parliament House at 9.15pm to decide whether Mr Abbott or Mr Turnbull would lead them to the next election. The challenge has plunged the Coalition government into crisis. Ahead of the ballot, both camps were confident of having the numbers but chief whip Scott Buccholz announced Mr Turnbull had prevailed over Mr Abbott 54-55. One Liberal voted informally and another was absent. The former barrister and journalist’s astonishing political comeback is a complete turnaround from his situation six years ago, when he was dumped as party leader for Mr Abbott in bitter dispute over climate change policy.