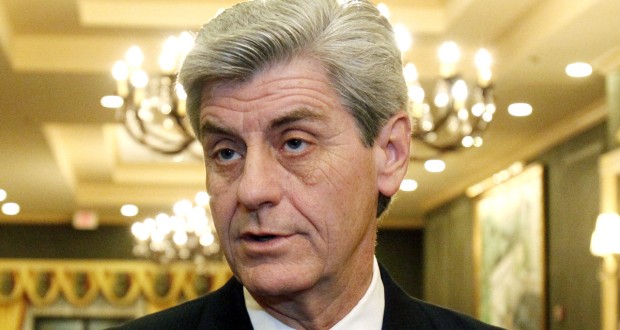 Mississippi Gov. Phil Bryant and Attorney General Jim Hood have filed a federal court motion which declares that their state’s ban on adoption by gay couples is constitutional. Chris Geidner reports at Buzzfeed:

Hood, a Democrat, states that the same-sex couples who brought the lawsuit challenging the Mississippi provision banning them from adopting children together “are not likely to succeed” in their constitutional challenge to the provision in question, Section 93-17-3(5). The provision, adopted in 2000, states simply: “Adoption by couples of the same gender is prohibited.” The couples are seeking a preliminary injunction, stopping “the relevant government officials from enforcing the Mississippi Adoption Ban as it applies to them.” The state’s response, filed on Sept. 11, argues primarily that the couples cannot succeed because the parties sued — Bryant, a Republican; Hood; and Mississippi Department of Human Services Executive Director Richard Berry — are not responsible for granting adoptions in the state. More than halfway through the filing, though, Hood spends three pages detailing how the plaintiffs’ “constitutional claims lack merit.”

The suit was brought by Roberta Kaplan, who represented Edith Windsor in the DOMA case.

Previous John Oliver On Public Defenders
Next Fiorina To Trump: Look At This Face [VIDEO]