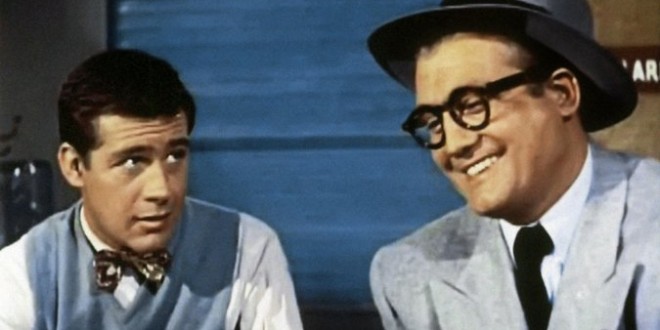 Jack Larson, forever typecast as the overeager cub reporter Jimmy Olsen on the 1950s television series Adventures of Superman, has died. He was 87. Larson, who later produced several films written and/or directed by his longtime companion, the late Oscar nominee James Bridges, died Sunday at his home in Brentwood, The New York Times reported. Further details of his death were not immediately available. In 1951, Larson signed up to play the hapless Olsen for $250 an episode on Adventures of Superman, the first TV show to feature the Man of Steel from the comics. At the time, he wanted to go to New York to tackle Broadway and didn’t think the series — then one of the few to be filmed, not done live — would amount to anything.

Larson and Bridges met when they were supporting players in the cast of Johnny Trouble (1957), starring Ethel Barrymore in her final film. They later formed a production company, and Larson produced such Bridges films as The Baby Maker (1970), Mike’s Murder (1984), Perfect (1985) and Bright Lights, Big City (1988). Bridges died of cancer in June 1993 at age 57. Larson, who also was close with actor Montgomery Clift until his death in 1966, shared a historical Frank Lloyd Wright-designed home on a Brentwood hillside with Bridges for years. “It was obvious to anyone that since we lived together we were partners,” Larson told the Los Angeles Times in 2011. “We always went places together. We never pretended. I always did what I felt like doing. I never did publicity when I was very popular as Jimmy. The question [about being gay] never came up.”