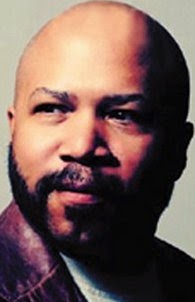 World Net Daily Writer: American Gay Activists Are Like The Terrorists Of ISIS

“What I’d like to concentrate on at the moment is that the majority of the unfortunates in Iraq who are facing this genocide are Christians. Indeed, the majority of those being horribly persecuted by Muslims in nations across the Middle East and parts of Africa are Christians. In America, we are seeing a different methodology being used to disenfranchise Christians, but rest assured, many of the principals and operatives are the same people. Last week, President Obama took a break from his strenuous schedule of fundraising, golf and vacationing to make a surprise video appearance at the opening ceremonies of the 2014 Gay Games in Cleveland. Obama went out of his way to recognize the persecution of homosexuals in other countries, America’s openness and the acceptance of gays being part of the ‘very idea’ of America. So why has there been such an imperative around the inculcation of homosexuality into our culture? Activists would tell you they’re just stumping for the rights of homosexuals, but that’s twaddle. Were that the case, it wouldn’t take the wholesale indoctrination and attempts at the normalization of homosexuality we see daily.” – Erik Rush, writing for World Net Daily.

Previous ARIZONA: Court Rules That Thomas “Pregnant Man” Beatie Can Divorce Wife
Next Media Matters: How The Right Wing Insults The Appearance Of The First Lady