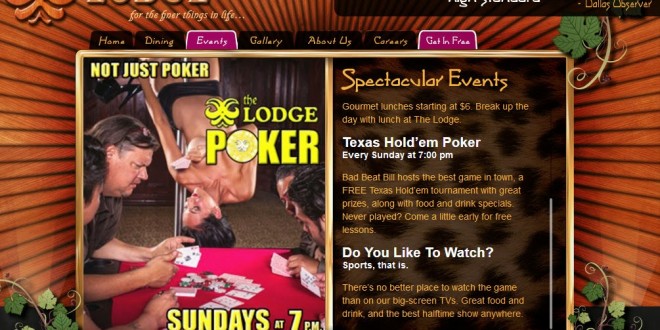 Lone Star Q identified the author of the Texas GOP “ex-gay” plank as Jeremy Joel, but his IMDB profile lists him as Jeremy Schwab. Via a JMG reader, watch Joel/Schwab star in the below 2006 ad for the Dallas titty bar The Lodge, where you can play poker while topless women hang upside down from stripper poles – among other things.