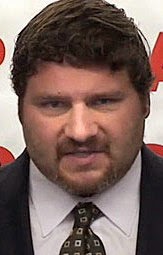 Matt Barber Has The Stamp Sadz

“This is a man who was known for a perverse sexual appetite for teenage, runaway, drug-addicted boys and the fact that this Obama administration and the postal service would choose to ignore that and go with the propaganda and the hype that this guy was some kind of hero and a pro-LGBT martyr – it just boggles the mind. That [Harvey Milk] would get his own stamp and that this other homosexual activist would get a stamp honoring a lifestyle that has led to the AIDS epidemic, that has led to the spread of syphilis and STDs and a decline in our culture’s morality, just speaks to how far we have fallen as a nation.” – Hate group leader Matt Barber, speaking to OneNewsNow. The “other homosexual artist” Barber refers to is Tom Of Finland, who will be honored this fall by Finland’s postal service.