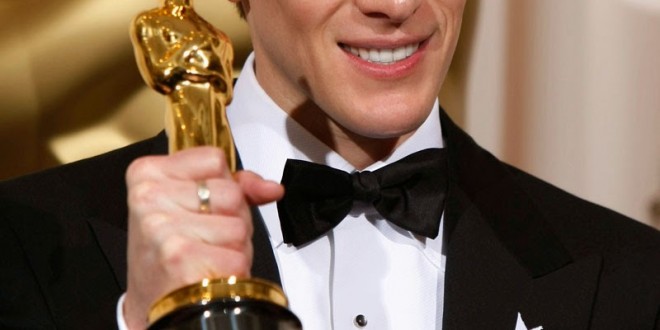 Dustin Lance Black: I Won’t Be Shamed Anymore By Those Bare-Backing Photos

Oscar-winning screenwriter Dustin Lance Black is firing back at his alma mater after the school withdrew its offer for Black to speak at a graduation ceremony. The school says that bare-backing photos leaked in 2009 further tarnishes their already poor reputation. From the student newspaper of Pasadena City College:

Black has written a lengthy open letter to the school. An excerpt via Out Magazine:

For too long now I’ve sat silent on this issue. That ends here and now and with this sentence: I did nothing wrong and I refuse to be shamed for this any longer.

In 2009 a group of people surreptitiously lifted images from my ex’s computer and shopped them around to gossip sites in a money making scheme. These were old images from a far simpler time in my life, a time before digital camera phones and Internet scandals. They were photos of me with a man I cared for, a man who shared my Mormon background, and who was also struggling with who he was versus where he came from. And yes, we were doing what gay men do when they love and trust each other, we were having sex. I have never lied about my sexuality. If you invade my privacy, this is what you will find. I have sex. It brings me joy, fosters intimacy and helps love grow. I hope anyone reading this can say the same for themselves and for their parents.

In 2010 I took the perpetrators of this theft to Federal court and Judge R. Gary Klausner ruled unequivocally that the defendants had indeed broken the law. The details of this case are readily available for anyone to read — including PCC’s leadership and Board of Trustees. In the eyes of anyone who has seen the devastating effects this trespass has had on me personally, creatively and professionally over these many years, in the eyes of my mother and friends who have held me as I’ve cried, and under the blind scrutiny of the law of this land, I am the victim of this “scandal,” not the perpetrator.

Previous Matt Barber Has The Stamp Sadz
Next Ben Shapiro’s Site: Gays Should Thank Jesus Christ That They Have Any Rights