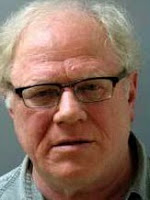 Ratcliff, who had been a professor of Christian education at the college since 2006, was arrested at his Carol Stream residence in March 2012 after police executed a search warrant. They found 500 illegal images on a computer they took from his home office, Assistant State’s Attorney Louisa Nuckolls said. Police said Ratcliff was making child pornography images available for download over the Internet. Police obtained the warrant after tracing the images to Ratcliff’s computer address, Nuckolls said.

RELATED:  In 2009 Wheaton College hosted the convention of Exodus International. Wheaton bans “homosexual behavior” by its students and in 2011 an alumni group formed to support LGBT students.