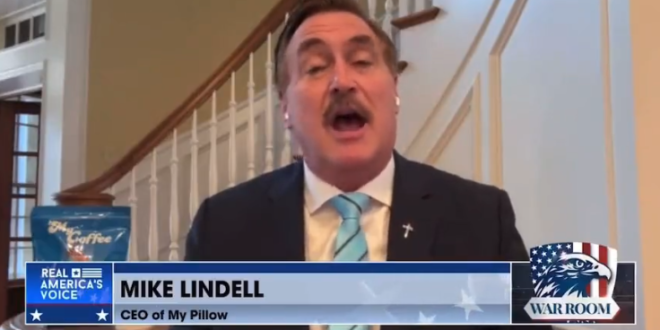 Lindell: The RNC Is A “Big Money Laundering Operation”

“I’ve spent the last three weeks doing due diligence within the RNC. Just the money itself that it costs. Forty cents for every dollar that you go out and get from big donors goes to these things, one of them’s called ‘Data Trust.’

“To me, it’s like a big money laundering operation. Don’t quote me on that, we’re still digging. This is disgusting. The wasted, frivolous money that goes down the drain.

“The big donors, they deserve better. We deserve some return on our investment. I used to give a lot of money to the RNC. I won’t do it and neither will the big donors in its current condition, and it needs new leadership.” – Mike Lindell.

Mike Lindell’s been doing his research on Ronna McDaniel: “I’ve spent the last 3 weeks doing due diligence within the RNC. It’s like a big money-laundering operation. Don’t quote me on that.” pic.twitter.com/N003LgPEp9