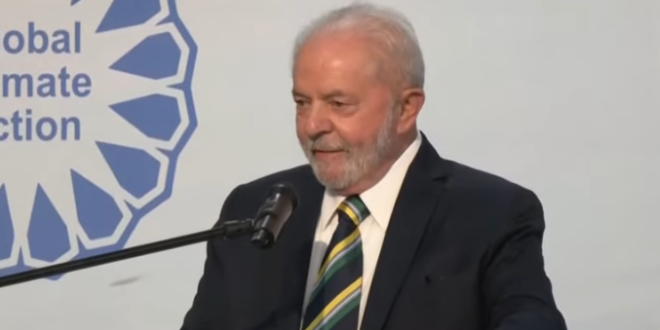 Brazil’s Lula To Be Sworn-In Under Massive Security

Crowds of people are gathering in the Brazilian capital, Brasilia, ahead of the inauguration of Luiz Inacio Lula da Silva as president. The state of Brasilia has pledged to deploy “100%” of its police force – around 8,000 officers – to the city amid fears that some supporters of Mr Bolsonaro could seek to disrupt proceedings.

Mr Bolsonaro himself will not attend, having left Brazil on Friday. A sea of Lula supporters gathered in front of Congress early in the morning – decked out in the red colour of his Workers’ Party. Supporters of Bolsonaro have remained camped outside army headquarters, where they have been urging the army to launch a coup.

Read the full article. Lula first appeared on JMG in 2008 when as president he endorsed same-sex civil unions and denounced homophobia. Brazil legalized same-sex marriage in 2013. Bolsonaro is notoriously anti-LGBTQ and ran on a platform that included a vow to “defend the traditional family.”

Lula to be sworn in as Brazil president as Bolsonaro flies to US https://t.co/WSXWkhkD4S

Previous Lindell: The RNC Is A “Big Money Laundering Operation”
Next GOP Rep: Give George Santos A “Second Chance”