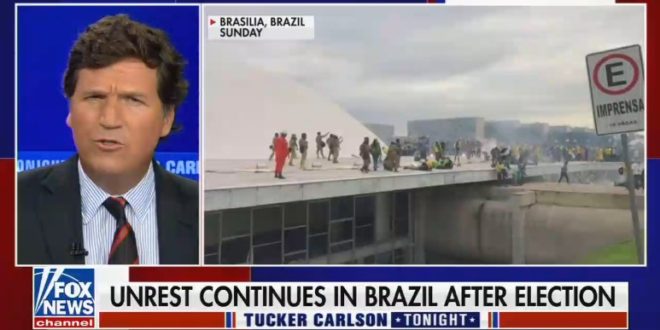 “Consider what is happening tonight in Brazil. So, thanks to what was very clearly a rigged election, a convicted criminal called Lula da Silva is now the president of the most important country in South America.

“Millions of people in Brazil understand exactly what happened. So, yesterday in frustration, a group of Brazilian protestors swarmed their legislature.

“They know their democracy has been hijacked possibly forever. Lula has eliminated their most basic civil liberties. But there’s not much they can do about that.

“Lula may be a criminal, in fact he is, but he has the full support of both the Biden administration and the Chinese government.” – Tucker Carlson, last night.