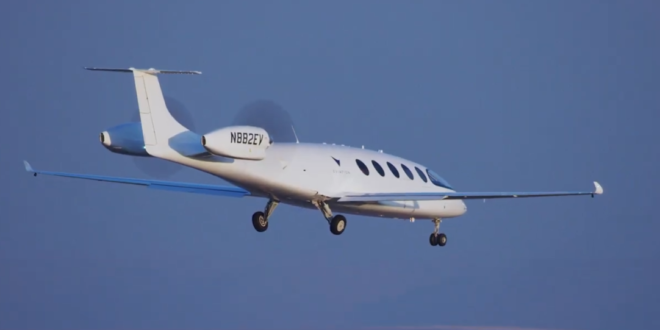 A prototype all-electric passenger plane took off for the first time yesterday in a test flight that marks a significant milestone for carbon pollution-free aviation. The nine-passenger commuter aircraft called Alice took off at 7:10AM yesterday from Washington state’s Grant County International Airport.

Alice is ahead of much of the pack when it comes to all-electric aircraft under development. It could become the “first all-new, all-electric commercial airplane” if the Federal Aviation Administration certifies it to carry passengers, The Seattle Times reports.

Alice’s maker, Washington state-based company Eviation, is targeting commuter and cargo flights between 150 and 250 miles. That’s like flying from New York City to Boston or from Los Angeles to Las Vegas.