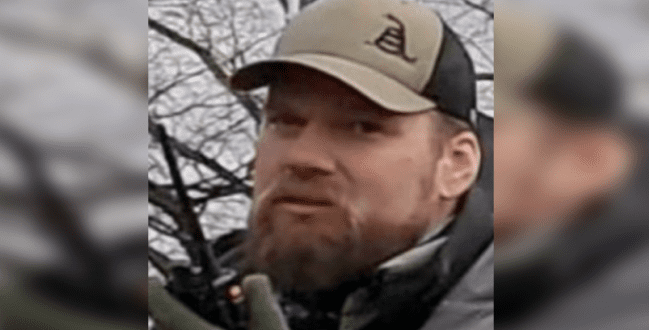 A Rhode Island man was arrested today on felony and misdemeanor charges for his actions during the breach of the U.S. Capitol on Jan. 6, 2021.

His actions and the actions of others disrupted a joint session of the U.S. Congress convened to ascertain and count the electoral votes related to the presidential election.

Bernard Joseph Sirr, 47, of North Kingstown, Rhode Island, is charged in a criminal complaint filed in the District of Columbia with civil disorder, a felony, and related misdemeanor offenses.

He was arrested in North Kingstown. He is expected to make his initial court appearance later today in the District of Rhode Island.

According to court documents, on Jan. 6, Sirr was among rioters who illegally entered the Capitol grounds. He joined a line of rioters that was engaged in a confrontation with law enforcement officers in the tunnel area of the Lower West Terrace.

At approximately 3:08 p.m., video shows Sirr entering the tunnel. During a video taken inside the tunnel, Sirr is at the front of the police line pushing against rioters who are assaulting officers.

He is seen pushing against the police line with his hand pressed against a police shield. He also participated in a struggle in which a group of rioters chanted “Heave! Ho!” in unison as they moved together as a team against the officer.

Sirr exited the tunnel at approximately 3:14 p.m. About an hour later, however, he reappeared at the Lower West Terrace doorway, pushing other rioters who were pushing against police officers. Sirr ultimately was ejected from the tunnel area.

Bernard Joseph Sirr, 47, of North Kingstown, is it facilities engineer at the Rhode Island nuclear science center.
He had no comment outside the courthouse. pic.twitter.com/IlHJsR5f7O

In video taken at the scene, Bernard Joseph Sirr, 47, of North Kingstown “can be seen repeatedly engaging in an assault against law enforcement officers guarding the United States Capitol,” the FBI said. https://t.co/lIvwaEnLKW via @BostonGlobe