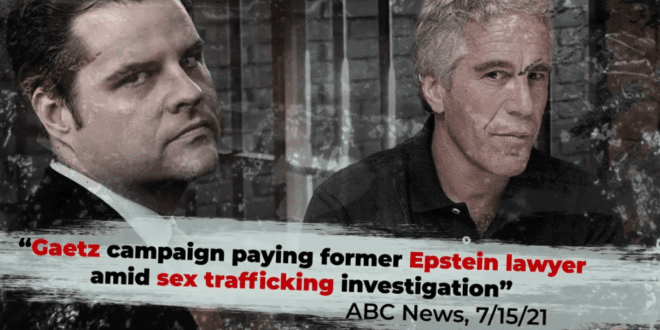 “When I was living in a trailer in Pensacola, flying combat missions in Vietnam or helping grow FedEx into an American icon, I never thought I’d run for Congress, but when I learned that Matt Gaetz hired pedophile Jeffrey Epstein‘s attorney to defend himself against sex trafficking, I knew he could no longer get the job done,” Lombardo says in the ad.

The latest: Mark Lombardo says @MattGaetz can ‘no longer get the job done’ in CD 1https://t.co/M02QyZAhrX#FlaPol