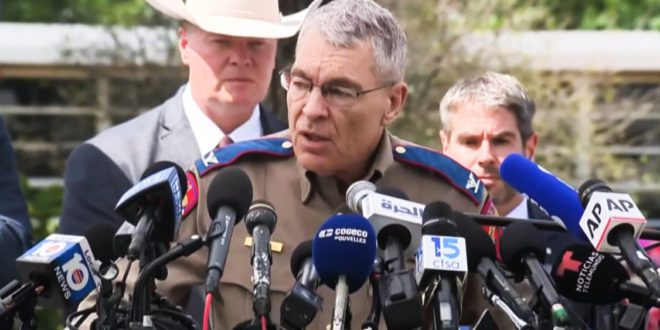 An employee at Robb Elementary School had propped open a door to carry food from a car to the classroom last Tuesday, but closed it shut after realizing that a gunman was loose and heading toward the school, her San Antonio lawyer said.

Don Flanary said the school employee, who is not being identified out of safety concerns, called 911 to report an accident near the school involving a black truck, which turned out to be driven by gunman Salvador Ramos, 18.

A law enforcement source familiar with the investigation said surveillance video and audio verifies the employee removed the rock holding the door open and closed it. “She slammed it shut,” said the source, who requested anonymity because the source does not have authority to speak with the media.

And now we learn today that THIS attempt to blame it on a teacher was also a COMPLETE LIE by the cops, as video shows the teacher slamming the door shut. pic.twitter.com/JsgQzNRuIU