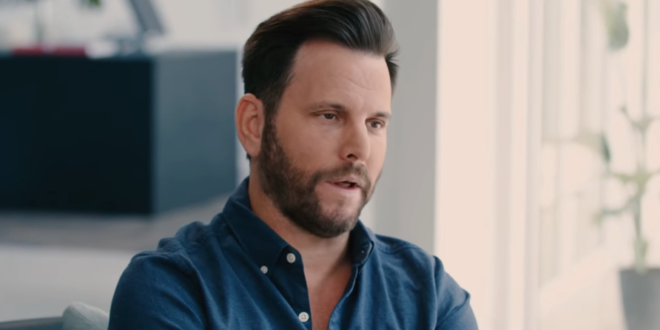 Homocon Is Sad That Leopards Are Eating His Face

Dave Rubin finally commented on the backlash he received following the announcement that his husband, David Janet, and he are expecting two children via surrogate later this year. Speaking with Candace Owens on her show, Rubin was asked about how he handled all the naysayers. He replied, “There’s a lot of mean people and trolls and clickbait people and all of that stuff. 99% of what I got, especially from the public people that I’m associated with.”

“So are there gonna be some traditional religious conservatives that are not happy with same-sex marriage and same-sex couples having kids? Of course, there are, I believe in religious liberty. And, as long as your beliefs don’t impede on my life and my ability to have a family and all of that stuff, then I still think we can live in the same country. And I would hope that they can too. You’re allowed to believe what you want.”

From a March report by Forbes:

On Twitter, the responses to Rubin’s announcement proved striking, with his own fans expressing discomfort, or even disgust, at the thought of two gay men starting a family. Rubin, a gay man in a socially conservative space, has never been been fully accepted by a vocal segment of his audience, or even his peers and supposed “friends.”

Rubin’s family announcement, however, has driven the talk show host to a new low, as his recent interview with Glenn Beck seemed an attempt to win the approval of homophobes and bigots.

The humiliating interview sees Beck, in a twisted attempt to show compassion, comparing Rubin’s sexual orientation to alcoholism. Rubin silently accepts the comparison, and remarkably, attempts to blame “the left” for his own audience’s negative response.

The full Forbes piece is worth your time.