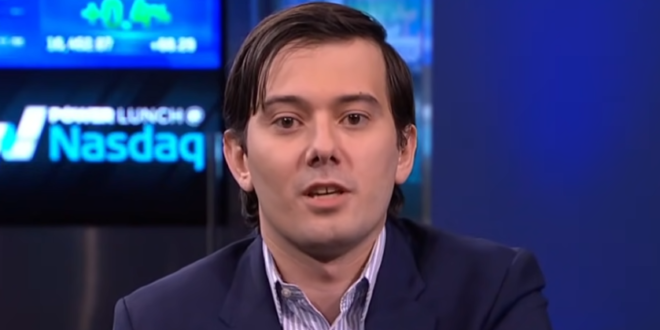 Notorious “Pharma bro” fraudster Martin Shkreli was released from a federal prison in Pennsylvania on Wednesday and into a U.S. Bureau of Prisons halfway house at an undisclosed location in New York to complete the rest of his criminal sentence, his lawyer said.

In a throwback to the days when Shkreli was one of the most prominent trolls on Twitter, a friend of his tweeted a photo of them together smiling in a car after his release, with the caption: “Picked up this guy hitchhiking. Says he’s famous.”

Shkreli was sentenced to 7 years in prison in March 2018. His release slightly more than four years after that sentencing reflects the credit he received for good behavior in prison, and for completing education and rehabilitation programs while locked up.

Earlier this year Shkreli was permanently banned from working for any publicly-traded or pharmaceutical company and was ordered to return $65 million to investors.

In 2017, while awaiting sentencing, his bail was revoked after he tweeted an offer of a $5000 bounty for a strand of Hillary Clinton’s hair.

For anyone wondering, I did not pick him up on the side of a road. This was intended as satire.

Previous Homocon Is Sad That Leopards Are Eating His Face
Next Musk: “Democrats Are The Party Of Division And Hate”