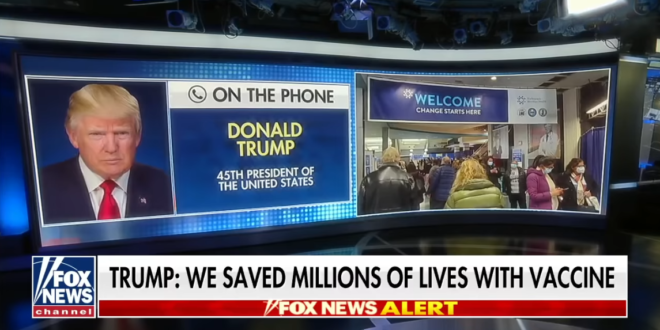 STUDY: 104K Got Vax Due To YouTube Ad W/Trump

Researchers with the Massachusetts-based National Bureau of Economic Research placed 27-second commercials that ran in heavy rotation prior to Fox News segments by popular pro-Trump conservative commentators, such as Tucker Carlson and Sean Hannity, to study their effects.

The group wrote that they wanted to see if partisan politics could be used to encourage higher vaccination rates. “I would recommend it, and I would recommend it to a lot of people that don’t want to get it, and a lot of those people voted for me,” Trump told a Fox News host during the clip.