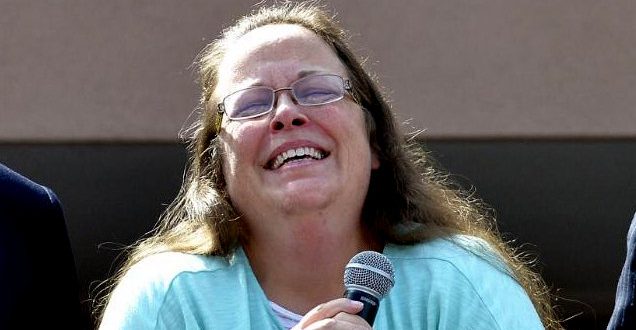 Kim Davis Appeals Ruling That She Must Pay Damages

Liberty Counsel has appealed to the Sixth Circuit Court of Appeals on behalf of former Rowan County, Kentucky Clerk Kim Davis, who was denied the motion for summary judgment by U.S. District Court Judge David Bunning in the cases of Ermold v. Davis and Yates v. Davis.

Liberty Counsel will argue that Davis is not liable for damages because she was entitled to a religious accommodation (which Governor Matt Bevin and the legislature unanimously granted) from issuing marriage licenses that conflict with her religious beliefs.

In granting summary judgment for the plaintiffs, Judge Bunning ruled that Davis violated “clearly established” law when she ceased issuing all marriage licenses. Davis argues that a finding of liability would violate the First Amendment Free Exercise of Religion.

When Davis petitioned the Supreme Court for review in 2020, the High Court denied review in which the only issue raised was sovereign immunity. However, Justices Thomas and Alito appeared to invite future challenges to the scope of the 2015 Obergefell marriage case.

Justice Thomas, joined by Justice Alito, wrote that “[t]his petition implicates important questions about the scope of our decision in Obergefell, but it does not cleanly present them.”

Kim Davis is entitled to an accommodation based on her sincerely held religious beliefs about marriage. This case now goes to the Circuit Court of Appeals and has a high potential of reaching the Supreme Court.

Attorneys for defendant Kim Davis have filed notices of appeal to the 6th Circuit. In a tele status conference this morning, Judge Bunning noted he no longer has jurisdiction with the appeals pending, but he intends to set a date for trial re damages once appeals are resolved. https://t.co/xwYlvW94yg