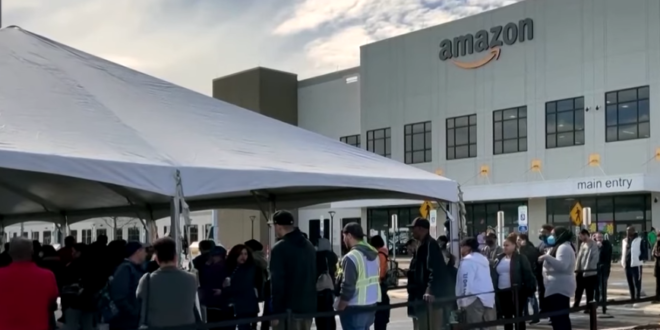 Workers at Amazon’s massive warehouse on Staten Island voted by a wide margin to form a union, according to results released on Friday, in a landmark win for a campaign targeting the country’s second-largest employer and one of the biggest victories for organized labor in a generation.

Employees cast 2,654 votes to be represented by Amazon Labor Union and 2,131 against, giving the union a win by more than 10 percentage points, according to the National Labor Relations Board. More than 8,300 workers at the building, the only Amazon fulfillment center in New York City, were eligible to vote.

Breaking News: Amazon workers voted to unionize at a massive New York warehouse, in a stunning win for a campaign targeting the second-largest employer in the U.S. and one of the biggest victories for organized labor in a generation. https://t.co/Jy5WDa21j4