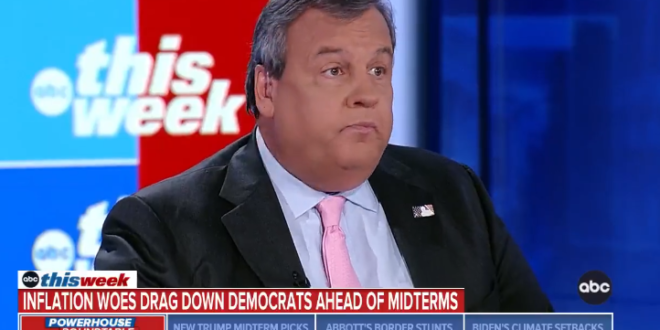 Asked by anchor George Stephanopoulos on ABC’s “This Week” what role Trump’s endorsements will play in November’s midterm races, Christie said they will “always be a factor” because of the ex-president’s influence in the Republican Party, but argued that they will not always determine the outcomes.

“It will always be a factor because the former president has influence inside the party, but I don’t believe his endorsements will be determinative,” Christie said.

Democrats are facing a “stack of problems” before the midterms, @rachelvscott says.

“They know that inflation is high. They know gas prices are high. They’re looking at the number of retirements…And they’re also looking at that enthusiasm gap.” https://t.co/MHVMdY9bZz pic.twitter.com/kq0gjiWg1X