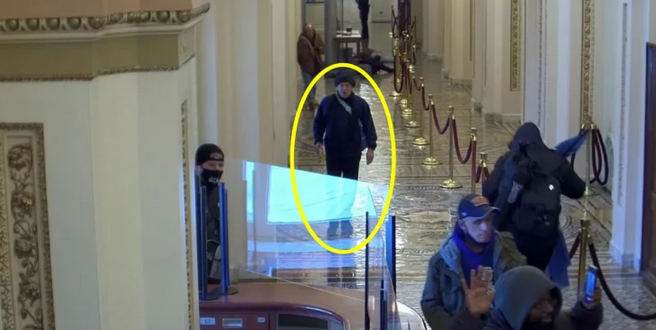 Rioter Who Pissed On Column In Capitol Pleads Guilty

An Arkansas man who told federal investigators that he urinated on a column inside the Capitol on Jan. 6 has pleaded guilty to a misdemeanor. Robert “Bob” Snow, 78, admitted to parading, demonstrating, or picketing inside the Capitol building. The charge is punishable by up to six months in jail and a $5,000 fine.

Snow, who was carrying a cooler while he roamed the Capitol, was seen on surveillance footage “waving people into the building and patting people on the back as they enter,” according to court documents. He was also seen in the Rotunda and in the House Gallery hallway.

Arkansas Man Who Told Feds He Urinated on a Capitol Column on Jan. 6 Pleads Guilty to Misdemeanorhttps://t.co/5SVIagkhgX