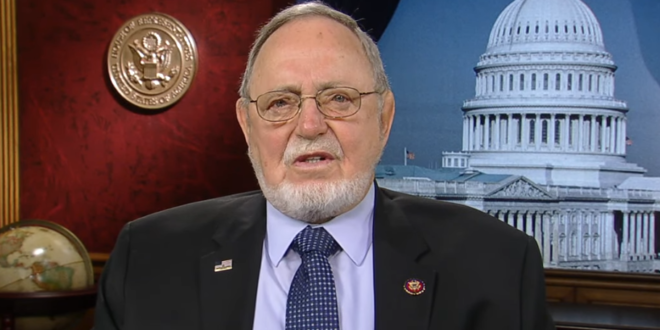 According to a source close to Dr. Al Gross, the orthopedic surgeon from Southeast Alaska, who ran unsuccessfully to unseat Dan Sullivan in the 2020 U.S. Senate race, plans to enter the 2022 race for Alaska’s at-large House of Representatives seat now vacant with the passing of Don Young [photo] on Friday.

Gross, who ran as an Independent in 2020, would be joining a field that includes Democrat and current Anchorage Assembly member Chris Constant and Republican Nick Begich, the grandson of Nick Begich, who was the last Alaska Congressman before Young.

According to Alaska law a special election must be held within the next three months. State law contains no provisions for the position to be temporarily filled by appointment.

With the passing of Don Young, Alaska law requires a special election using its new Top 4 primary system: all candidates on primary ballot (likely May), then election among the top 4 finishers & write-ins with ranked choice voting (likely August). @Alaskans4ABE is go-to resource. https://t.co/dt2TV2h2xH

For over 20 years, I have demonstrated my commitment and passion for serving my community here in Alaska. I look forward to continuing this service by representing your voice and interests in Congress. #Constant4Congress #Alaska pic.twitter.com/8vqrlrO5B5

Christopher Constant is the first out gay candidate to run for statewide election in Alaska. And he has a shot. @Constant4Alaska #LGBTQ https://t.co/DLb0pi4RXa