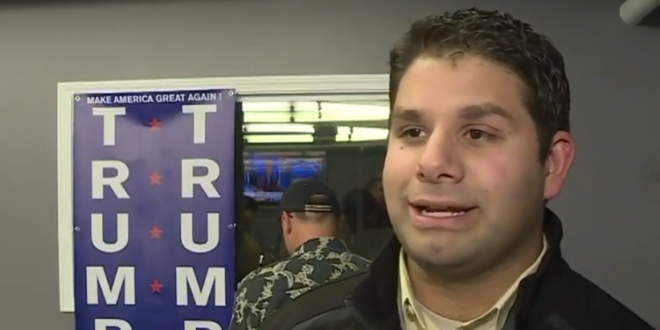 A few months before the November 2016 general election, Taub sent a direct message to a Twitter account known to be used by the GRU, Russia’s main intelligence agency, according to a recently released FEC filing.

In the message to Guccifer 2.0, Taub asked for a list of Republican donors, saying, “I could use your help to defeat cicilline.” Taub provided an email address and later received a dossier that included opposition research reports, polling data and other information about his incumbent Democratic opponent in the 1st Congressional District race.

Russell Taub, the 2016 Rhode Island Republican nominee for Congress, who asked Russian intelligence for help in his campaign, certainly made the rounds in national Republican circles. pic.twitter.com/VQdUCVtoom

Previous EU Sanctions On Russia To Target Banks, Businesses
Next Cawthorn Concedes He Might Be Kept Off NC Ballot