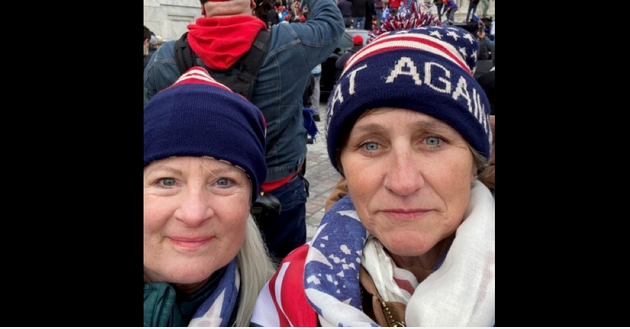 KS Pair Gets Two Years Probation Each On Riot Charges

A pair of Kansas retirees who admitted to unlawfully entering the Capitol on Jan. 6 have been sentenced to two years of probation and 60 hours of community service. Esther Schwemmer, 56, and her friend Jennifer Parks, 61, entered the building after the barricades had been overturned and the windows and doors had been broken.

Prosecutors acknowledge that they didn’t engage in any “destructive of violent activity while inside the Capitol Building,” and they left the building when told to do so by police. Once inside, they went to the second floor of the building, where they reportedly joined a group of people praying and singing the national anthem.

Read the full article. The “deeply ashamed” Schemmer told the court that nothing she did that day was “Christ-like” and that she plans to “disappear into obscurity for the remainder of my years” and stay far away from politics.

No Jail Time for Retired Kansas Woman, 56, Who Joined Jan. 6 Crowd Inside Capitolhttps://t.co/8WHIeSqTu9