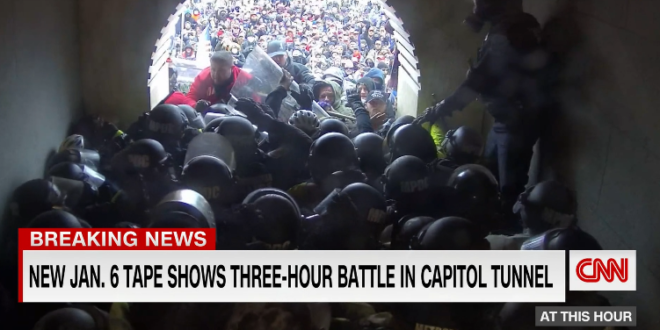 The Justice Department this week released a three-hour video of a battle between rioters and the police at the US Capitol Building on January 6 where rioters brandished weapons, officers were viciously beaten, and a member of the mob died on Capitol steps.

The video, taken from a Capitol security camera, does not have sound. It starts as officers retreat, helping each other as they stumble inside and washing their eyes out with water from chemical spray. Rioters crowd in behind them, coordinate efforts to attack and push through in infamous moments that have haunted the public, and officers, ever since.