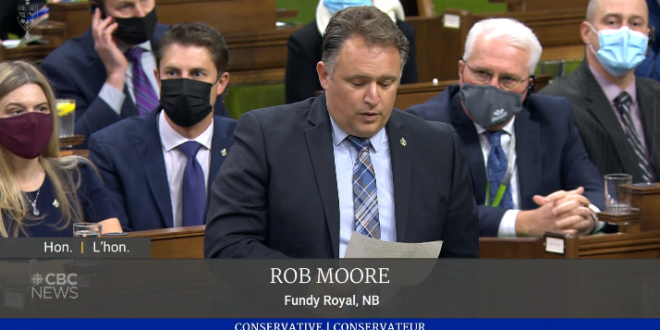 The federal government’s updated bill to ban the practice of conversion therapy has been adopted unanimously by the House of Commons.

MPs voted to fast track Bill C-4 on Wednesday afternoon. The Commons erupted in applause after the vote and several Liberal MPs walked across the floor to shake hands with and — in some cases — hug their Conservative counterparts.

Conservative MP Rob Moore moved the motion to fast-track the bill, which now goes to the Senate. “It’s a fantastic day,” Justice Minister and Attorney General David Lametti told reporters after the vote. “This is what we can do when Parliament works together.”

Watch the applause in the final clip below.

Today, the House of Commons unanimously agreed to the Bill C-4, to ban conversion therapy in Canada. I want to sincerely thank the leaders and allies in all parties who made this possible. Today is a wonderful day. 🏳️‍🌈 pic.twitter.com/QbqvlTYhha

“Nobody can consent to torture.” Minister of Tourism Randy Boissonnault thanks allies and leaders on Wednesday after the House of Commons unanimously agreed to pass Bill C-4, the legislation to ban conversion therapy. @R_Boissonnault

The House of Commons has unanimously adopted a motion by Conservative MP Rob Moore to pass C-4, the government’s bill to ban conversion therapy in Canada, through all stages without amendment.#cdnpoli pic.twitter.com/BO4GeJUCR2