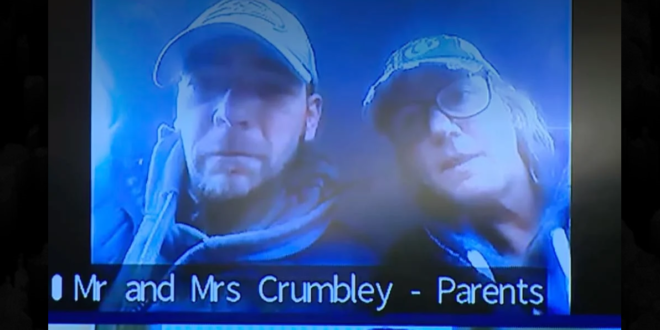 The shooter who allegedly killed four students and injured seven, including a teacher, at Michigan’s Oxford High School on Tuesday was previously flagged by administrators for “behavior in the classroom that they felt was concerning,” Oakland County Sheriff Mike Bouchard said Wednesday.

Authorities have identified the suspect as 15-year-old sophomore Ethan Crumbley. His parents had been brought into the school the morning of the shooting for a face-to-face meeting about their son’s behavior, according to Bouchard. He would not disclose what the behavior was, and police weren’t informed about any potential issues prior to the tragic event.

Oakland County prosecutor Karen McDonald said her office is weighing charging both of Crumbley’s parents, too. “There is a mountain of digital evidence… we are confident that we can show there was premeditation,” she said.

The Michigan school shooter’s mother in a blog post “complained about parents at other schools where the ‘kids come from illegal immigrant parents,’ and ‘don’t care about learning.'” https://t.co/G2eweL8WQ5

Michigan Sheriff Says Parents of Suspected Shooter Were at the School MORNING OF Incident Due to Past ‘Concerning’ Behavior #SmartNews https://t.co/dVWLqNKO2U