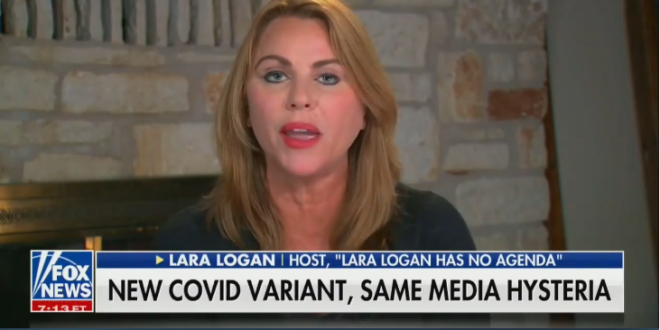 Fox Nation host Lara Logan went there during an appearance on Fox News’s Prime Time on Monday night and compared Dr. Anthony Fauci to Nazi doctor Josef Mengele. Or at least, that’s what people are telling her, so she says.

“What you see on Dr. Fauci – this is what people say to me: that he doesn’t represent science to them. He represents Josef Mengele. Dr. Josef Mengele, the Nazi doctor who did experiments on Jews during the second World War and in the concentration camps.

Read the full article. Logan last appeared on JMG when she declared that the COVID vaccine “is not really a vaccine.”

Fox host Lara Logan says that people tell her that Dr. Fauci doesn’t represent science, but represents Josef Mengele, the Nazi doctor known as the “Angel of Death” for performing medical experiments at Auschwitz: “I am talking about people all across the world are saying this” pic.twitter.com/fF2DAWfG7d

Previous Ingraham: COVID Is “Like Crystal Meth” For Democrats
Next REPORT: Dr. Oz To Announce Senate Bid This Week