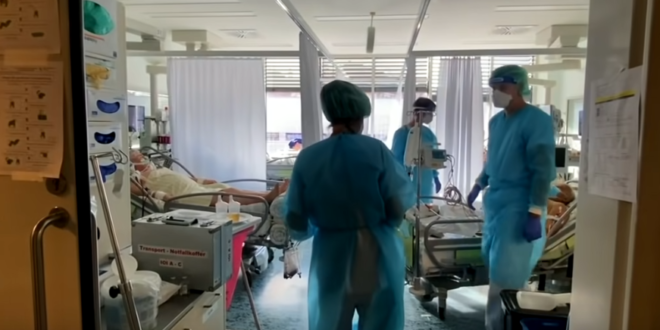 Germany’s capital Berlin will ban unvaccinated people from restaurants, bars, cinemas and other entertainment venues from Monday, as the country grapples with its highest surge in Covid-19 cases to date.

From next week those who are not fully vaccinated will be excluded from a number of entertainment sites in Berlin, the city’s Senate announced on Wednesday, as it expanded the so-called “2G” rules that bar people without two shots from entry.

Outdoor events with more than 2,000 visitors will also be off-limits to unvaccinated adults, officials said.

Germany reported a record-high number of more than 50,000 daily coronavirus cases on Thursday as lawmakers mulled legislation that would pave the way for new coronavirus measures.

Unlike some other European countries, Germany has balked at making vaccinations mandatory for certain categories of workers and has struggled to persuade more people to voluntarily get shots.