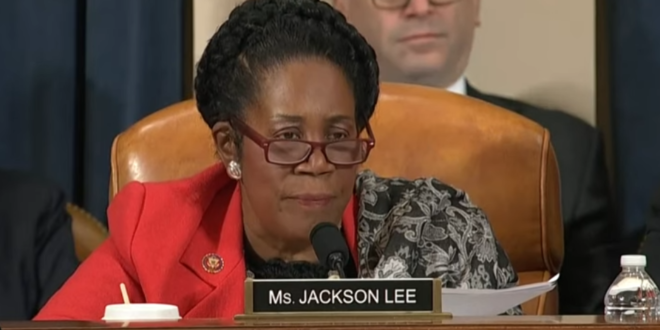 U.S. Reps. Sheila Jackson Lee and Al Green — both Houston Democrats — testified Monday at the Texas Capitol against proposed district maps that would break up communities of Black voters and pit the two incumbents against each other. “It doesn’t look right for the only two persons in the state of Texas to be running against each other in a congressional district from the same party to be of African ancestry,” Green said at a hearing of the the Texas Senate Special Committee on Redistricting.

Green and Jackson Lee are two out of five Black members of Texas’ 36-person congressional delegation, but in the proposed redrawing of the districts, Lee is drawn out of her own district and looped into Green’s. Despite their objections, the Senate committee voted out the redrawn congressional map Monday without addressing the district overlap. The map heads next to the full Senate for a vote.

Read the full article. Cultist Townhall columnist Kurt Schlicter, best known here for his fantasies about a gory civil war against liberals, thinks this is funny.

Two Black Houston members of Congress decry redistricting map that pits them against each other as discriminatory https://t.co/B1nIwmht6X via @TexasTribune

Previous BOOK: Melania Refused To Meet Steve Scalise At WH Because She Already Said Hello That Time He Got Shot
Next CHATTER AWAY: Overnight Open Thread