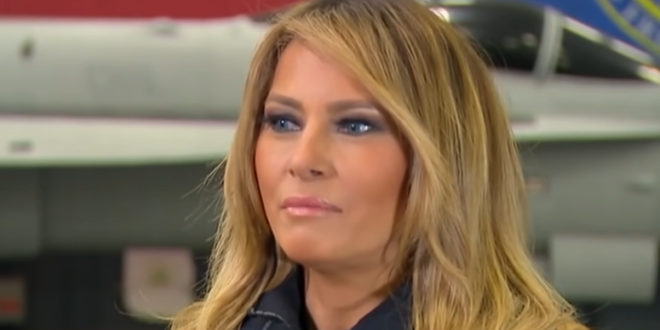 BOOK: Melania Refused To Meet Steve Scalise At WH Because She Already Said Hello That Time He Got Shot

Former First Lady Melania Trump refused to meet with Republican Rep. Steve Scalise at the White House after he was shot in 2017 at a congressional baseball practice because she’d already visited him once in the hospital, according to a new book. Former White House press secretary Stephanie Grisham, who also served as Melania Trump’s chief of staff, wrote that Scalise and his family went to the White House for an unscheduled visit shortly after Scalise had recovered from the shooting.

“Her response was, ‘No, I already said hello,'” Grisham wrote. The first lady was referring to when she and then-President Donald Trump visited Scalise at the hospital when he was recovering from the shooting. According to Grisham’s book, Melania Trump’s response became a running joke in the East Wing. “Whenever the first lady said no to something, we would say to each other, ‘Well, she already said hello!'” Grisham wrote.

Melania Trump refused to meet Rep. Steve Scalise at the White House after he was shot because she ‘already said hello’ at the hospital: book https://t.co/2VbjpWyP7b