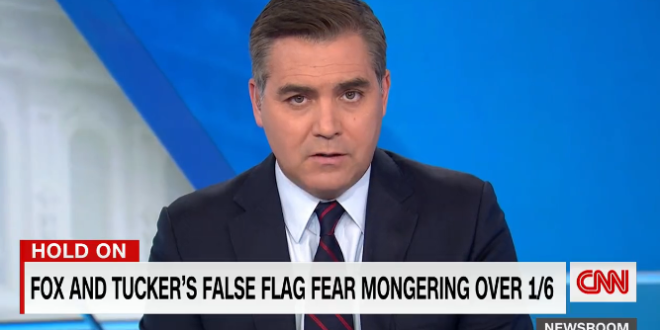 CNN’s Jim Acosta held nothing back when it came to Tucker Carlson. The Fox firebrand is hosting an upcoming series that whitewashes the Jan. 6 insurrection, when loyalists to former President Donald Trump stormed the Capitol claiming nonexistent election fraud.

“And the worst part is that a major corporation in America, Fox, is bankrolling it. Now Fox is insisting Tucker’s manifesto will only be seen on its streaming service, Fox Nation. Please, no matter how you slice it, the Murdoch family, which controls Fox, is cashing in as American democracy is being set ablaze.”